Dance! Dance into the future! Bah ha ha!
Posted by Joanna Davidovich at 12:55 AM 2 comments:

Princess & The Frog: Almost There 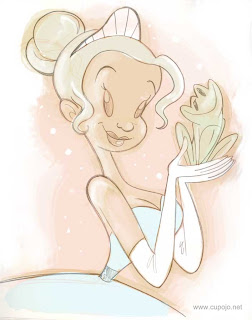 I finally got to see "Princess and the Frog" on Christmas Day (yes, I went to the movies on Christmas Day like a good Jew should). I've been anxious about this movie a long time- I'd heard unhappy whispers from people who'd seen story reels. But I must say I'm relieved now. It wasn't bad at all- not a bit bad. While it wasn't the "Little Mermaid" or the "Lion King" it needed to be to ensure a robust return of traditional animation, it was a thoroughly entertaining and enjoyable film. The tone is a little reminiscent of "Enchanted", where Disney seems to be saying "We know the whole Princess thing is naive and silly, but aw, heck, its our bread and butter!" But the story is playful, and the characters are very appealing. Tiana, the new Princess on The Block, has all the elements of being a character I should adore. She's smart, independent, diligent, focused- but for some reason, she didn't have that certain oomph. She's the perfect role model, but not a particularly interesting personality. Just like Belle, the intelligent outcast bookworm, she seems calculated to be a positive female character, but there's nothing intriguing going on. (Just as in "Beauty and the Beast", this film is really about the Prince.) My favorite character was the Shadowman. The way he moved, the way he spoke- I was much happier when he was onscreen. The design of the voodoo numbers was just delightfully creepy- I wish the movie had a little less swamp and much more voodoo. The sidekick characters were not as annoying as you might suspect, and they actually worked well in the story. I was surprised by how much I liked the Charlotte character- I think she's a close second to the Shadowman. She was just so manic, like a little yappy dog- you had to like her. Oh, and the dream sequence! Absolutely gorgeous. The movie is worth seeing just for that.
The music was very...meh. I don't hate Randy Newman, but I don't really like him either. He just feels- safe. I doubt they'll be turning this movie into a Broadway musical anytime soon. But maybe thats not such a bad thing... As for the animation- it felt oddly sloppy. The major characters were mostly fine, but the secondary and background characters were just spilling over themselves, structureless. While I'd rather watch animation that's too loose than too tight, I was expecting more. 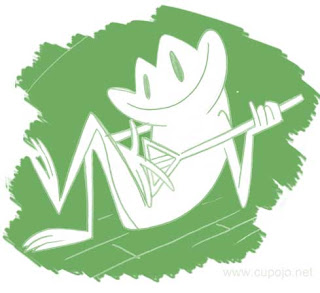 Disney has a legacy of creating the finest character animation in the world, but this just felt rushed. I saw in the credits that animation had to be farmed out to several other studios- that was a little depressing. Also, the CG stuck out like a sore thumb. I don't know if it was the texturing, the rendering, or the compositing, but it just looked out of place.
But still, I enjoyed the film. It was meant to be entertaining, and it got the job done. This film has the makings of something great, but I suspect the studio would only fund something "good". But good is still good! If you are on the fence about it, definitely go see it. While it didn't make my dreams come true, it definitely put my nightmares to bed.
Posted by Joanna Davidovich at 1:28 PM No comments: 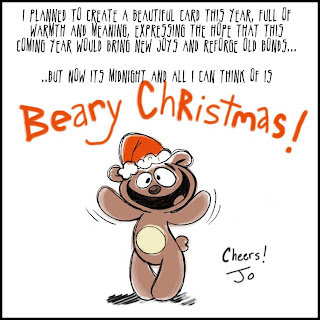 Surprisingly, I was beat out of "Best Holiday Card Pun of 2009" by my friend Zoran "Sneezon's Greetings" Gvojic. Congrats Zoki. :)
Posted by Joanna Davidovich at 9:17 PM 1 comment: 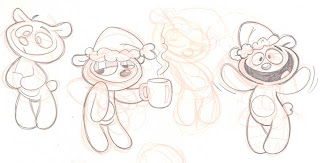 Still no Xmas card idea- this is getting stupid!
Posted by Joanna Davidovich at 11:48 PM 2 comments: 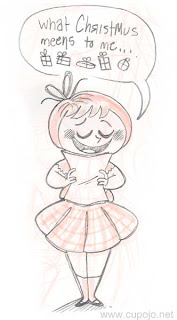 I can't come up with a funny Christmas card this year! All I have are just some disparate doodles. but nothing quite sticks. I'll try again tomorrow.
Posted by Joanna Davidovich at 11:41 PM 1 comment: 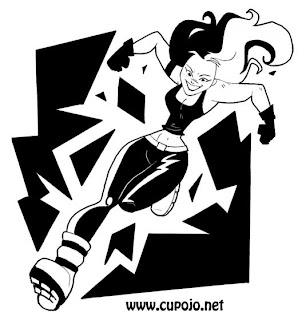 Posted by Joanna Davidovich at 2:07 AM 2 comments: 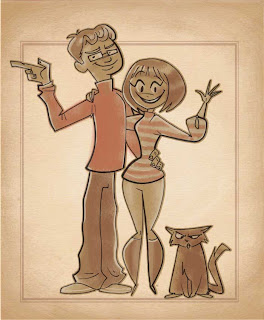 A drawing for our Christmas card to Nate's parents.
Posted by Joanna Davidovich at 1:23 AM 2 comments:

For some reason, the Trumpet of the Swan just popped into my head today.
Posted by Joanna Davidovich at 6:02 PM 2 comments:

It's done! Even though this was a quick little project, and even though I hate doing crappy limited animation, I do like how this piece turned out. It was a lot more work than I estimated (and charged for), but I learned a lot. (Boy, that seems to have been my mantra for the last couple of jobs I've done.)
Posted by Joanna Davidovich at 11:43 PM 4 comments: 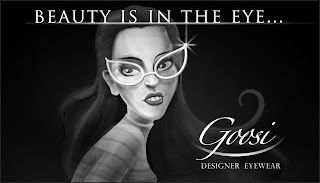 Still don't know if it'll be used or not.
Posted by Joanna Davidovich at 10:20 PM No comments:


The animatic has been done for about a week, and I'm a little more than halfway done with the animation now. I'm just trying to think of that optimistic little train...
Posted by Joanna Davidovich at 12:00 PM No comments:

In a flurry of ambition, I elected to take on a quick little :30s promo for a new product called the PupSaver. In what is getting to be a bad habit, I underestimated the load and overestimated my ability. So what was supposed to be a quick little 40-hour job has revealed itself to be...a bit more. I have until Monday to finish, and I will make the deadline, but by then my nose will be sharp and shiny from all the grinding. So here's what I'm doing! These are the character I designed; the Lady and Puppy. 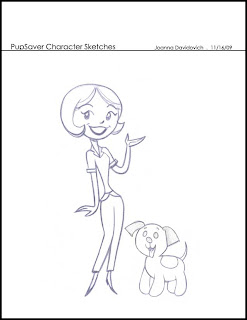 and here's the look. I always wanted to do something a little fifties: 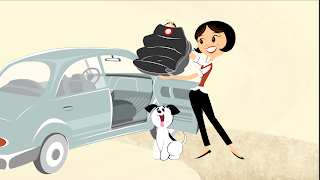 Posted by Joanna Davidovich at 6:03 PM No comments: