A few weeks ago, I had the opportunity to participate in a pitch for a career-making campaign for a huge client.  It came like a bolt from the blue, and even though I had two other jobs going on at the time, I knew I had to give the pitch a shot.  Although the pitch wasn't picked up, it was a very educational experience, and I at least wanted to share a little of my work.

The job was to be a series of cartoons and illustrations based on anecdotes about day-to-day life, told from the first-person perspective of various people.  The cartoons were meant to evoke a sort of down-to-earthiness with a warm sense of humor.  I've been wanting to make cartoons to people's storytelling for a while, so I was excited about this project.  The caveat was that there would be about a week's turn-around for every one-minute spot, plus supplemental goodies like animated gifs and illustrations.  For the pitch, the client supplied a script and asked for style frames and possibly boards.  My team decided to go all in and actually produce the animation, to simultaneously test the pipeline for ourselves and prove to the client that we could work within the tight time budget.  So that weekend, I worked out character designs.  There was already a time crunch, and compounded with my other jobs, I didn't have time for much exploration.  I pretty much went with my first ideas, just trying to get something appealing and warm and relatively simple. 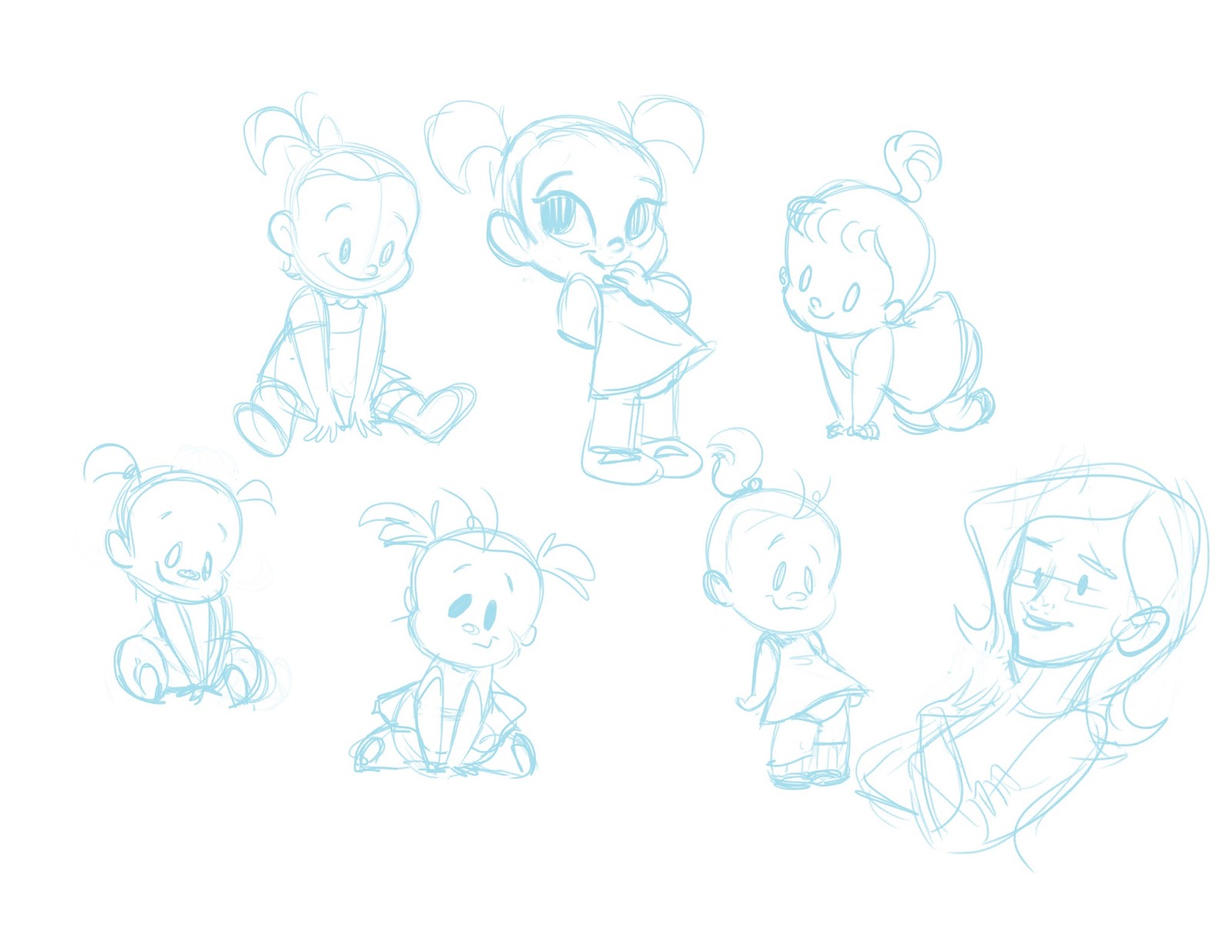 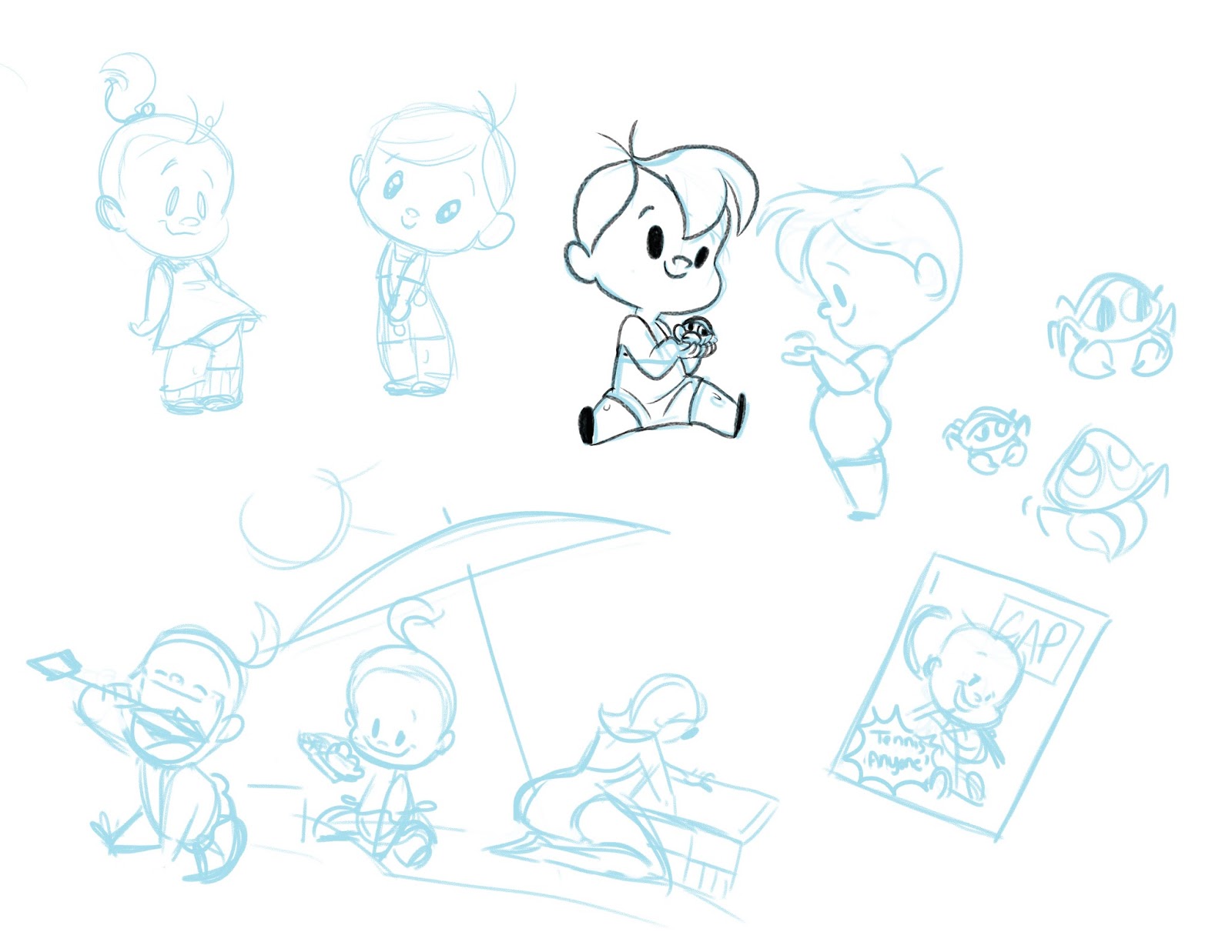 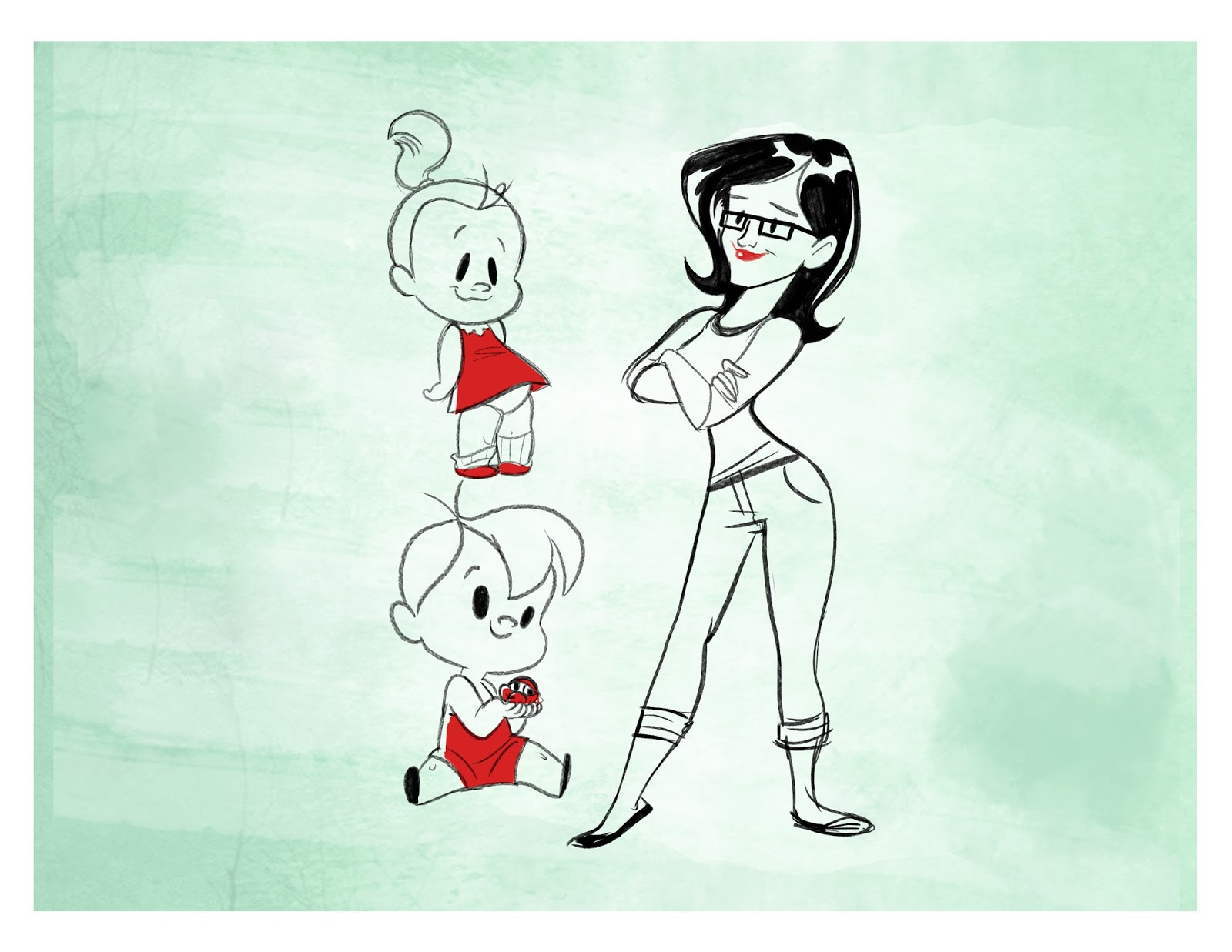 During this time, my team, the great folks at Dagnabit! (John Ryan, Lucas Ryan, and Robert Pope) created thumbnails and boards coming up with different takes on the material.  I then went into StoryBoardPro and made final boards to try and tie everything together, attempting to keep the animation simple but still leaving room to have fun. 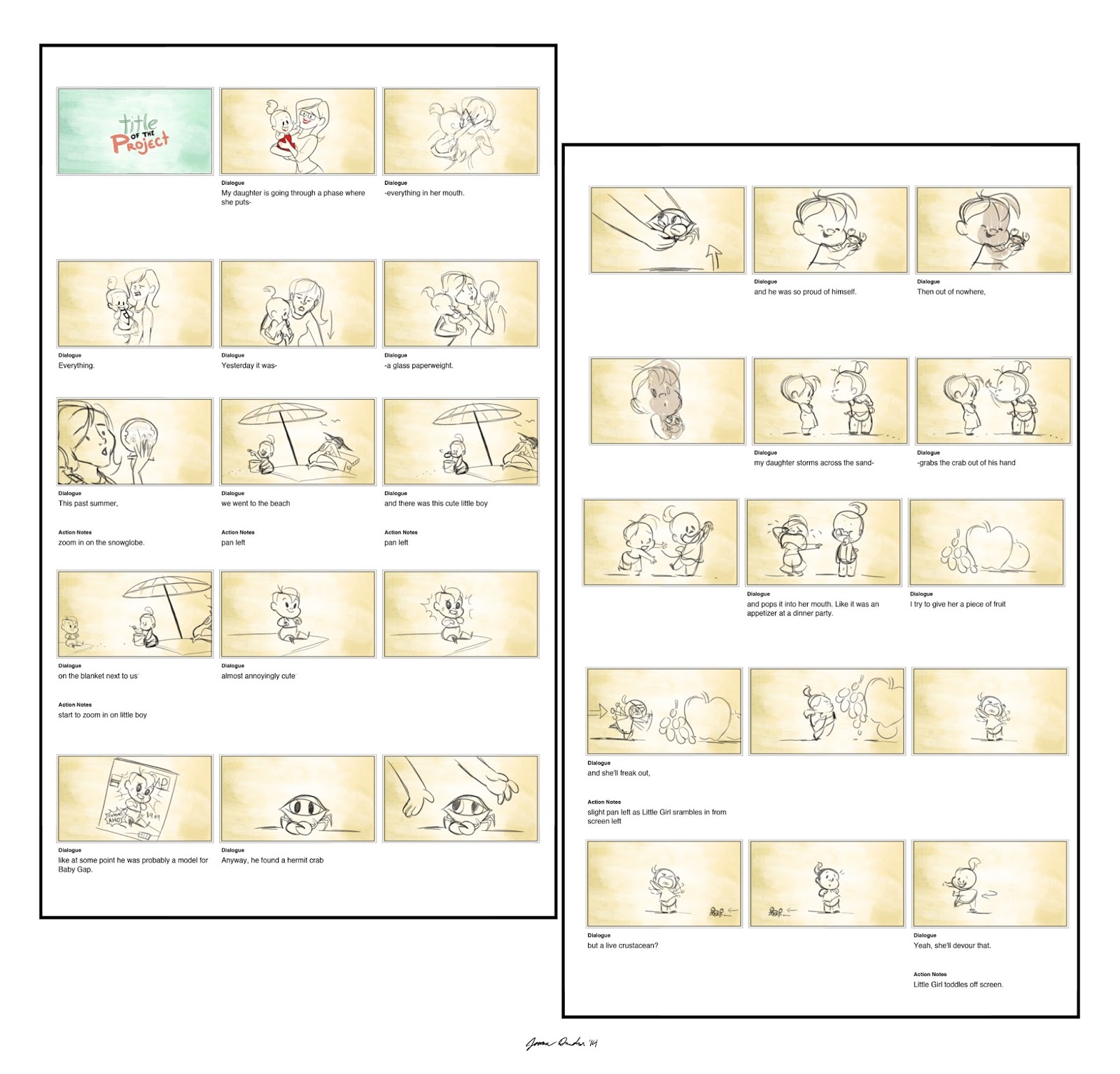 At this point, (I can't remember if it was Saturday or Sunday) I created some rough VO and slapped some swingin' Esquivel over it, fleshed out the keys a little bit and created this animatic.  It was difficult to get the timing exactly how I wanted in StoryboardPro, so its a little sloggy in places and I don't think it communicates my intentions as well as it should have.  I think in future I'll go back to Flipbook for more precision.

Once I delivered the assets to Dagnabit!, they took the reigns of the animation and spent the next few days creating this charming piece, imbuing it with the warmth and care that comes from hand-drawn animation.

Even though we didn't end up getting the job, I'm glad I had the chance to work with Dagnabit! and create something so fun so quickly, even if it took a while to recover from the work load.  I learned a lot of about how to approach pitches of this kind, and now I feel armed to attack the next one that comes along.
Posted by jothezette at 11:00 PM