Posted by Joanna Davidovich at 11:22 PM No comments: 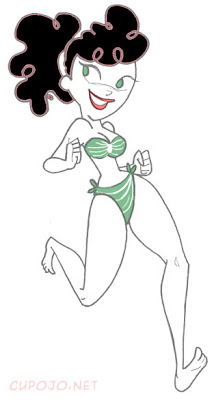 "Who needs sunscreen!"
Posted by Joanna Davidovich at 11:47 PM No comments: 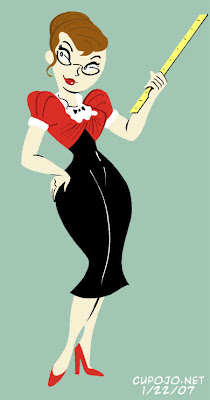 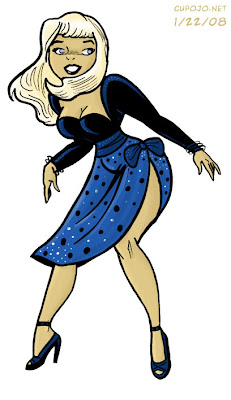 I was recently told that I draw "like a woman." I know it wasn't meant as an insult, but I guess since I'm used being teased for throwing "like a girl", the statement irked me. So today I have some old girlie drawings because drawing pin-ups makes me feel defiant and cheeky.
Posted by Joanna Davidovich at 12:27 AM No comments: 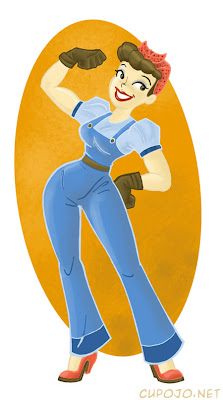 If I could claim to have any kind if style whatsoever, it would probably be my girlie drawing style I call "Mitzi". So here's the inevitable picture of my Mitzi as Rosie the Riveter. As a girl born forty years too late, I've always had a fondness for the Rosie image, although I find the "We Can Do It!" Rosie a bit too dour. I prefer the Normal Rockwell Rosie, as she seems to possess a bit more personality. If I weren't so lazy I'd include image links, but I geh...bleh...blach..
Posted by Joanna Davidovich at 12:07 AM 3 comments:

Atlanta rarely sees snow, but we saw it last night! Big, fat, glorious snowflakes. Didn't stick, of course, but I make a doodle to commemorate it.
Posted by Joanna Davidovich at 10:24 PM No comments: 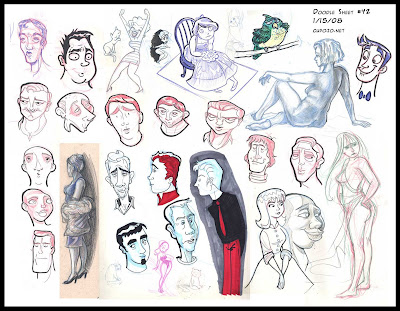 Here are some of today's daily doodles plus some old stuff I'm cleaning out. (Looks like someone needs more life drawing sessions!)
Posted by Joanna Davidovich at 9:25 PM 1 comment: 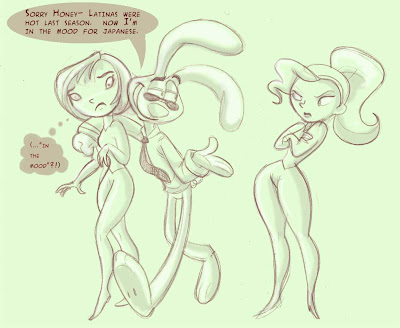 All righty, so I finally saw the Trix in Space spot. The one I worked on the Primal pitch for and lost to Calabash. What irks me is that this spot looks so similar to the one we pitched. The layouts, the Trix ship, the characters... this spot was just a couple tweaks away from what we showed the client. The black guy's design looks very similar to mine (I kinda like my design better actually- his face in the spot is too bottom-heavy). The ginger kid is never near the camera so its hard to tell what he looks like, but he seems very familiar. The Latina got switched to a Japanese girl, but I hate to think we lost the pitch because they preferred a different ethnicity for the girl. Also the colors on the kids got switched around, with the girl now in green, the ginger in red (ick, that clashes!), and the black guy in purple (haven't they watched Chapelle's Show? Don't they know that's racist?) Anyhow, its a decent spot. Calabsh always does amazing work. But I still feel like Primal could have made it just as great. And I could have changed the friggin' colors on the uniforms, and designed a Japanese girl godammit! Was a Latina in red really so offensive that they had to go with a different studio? Grumblecakes.
Posted by Joanna Davidovich at 8:22 PM 1 comment: 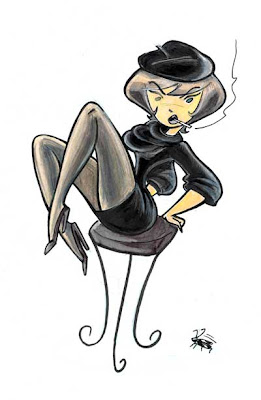 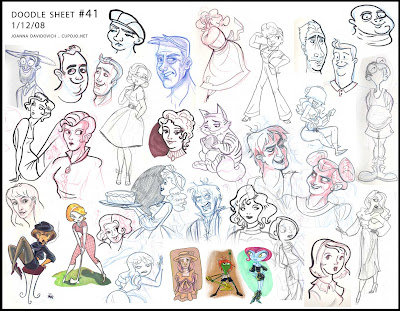 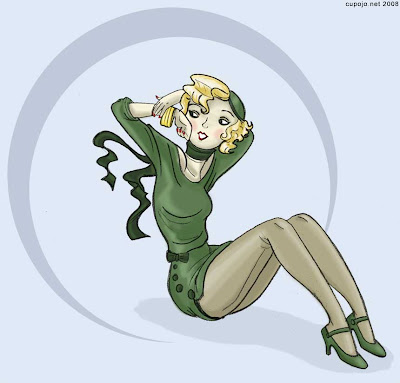 TCM
Posted by Joanna Davidovich at 12:49 AM No comments: